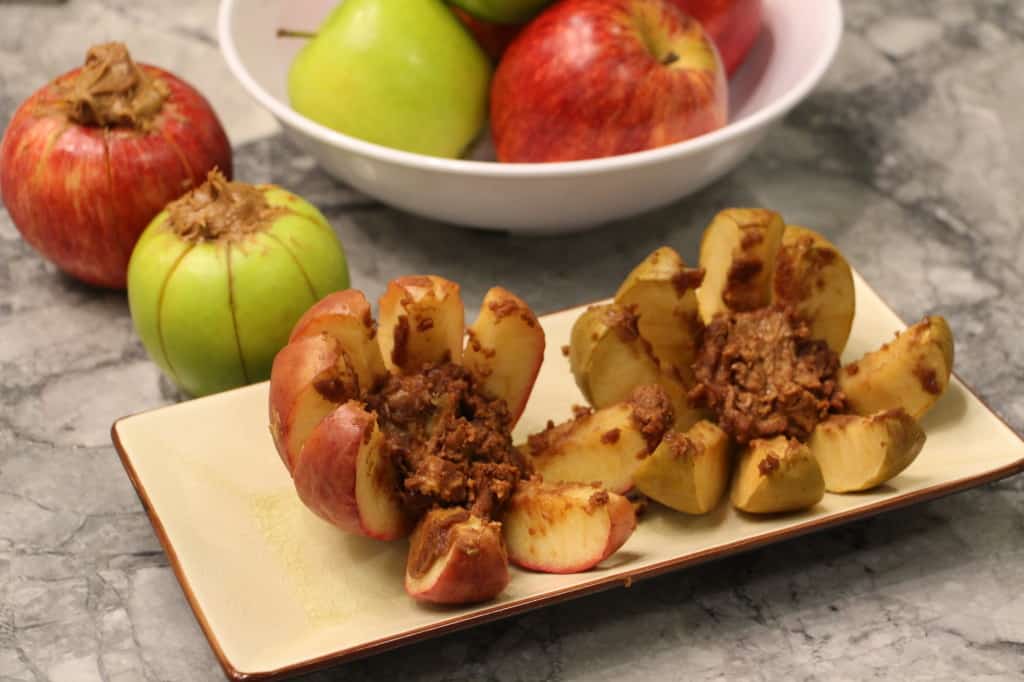 Logan helped me use up the apples that are fresh in season & ready for the pickin’ right in the produce aisles at Price Chopper to bake up my Magic Apple Recipe. It’s a twist on an oldie, but goodie I learned how to make using an apple & a marshmallow when I was in girl scouts, but when I became a mom, I swapped out the marshmallow for a few other key ingredients in the center & voila, a snack favorite was born.  Now we fill our center with peanut butter, honey, cinnamon & cocoa powder = YUM!

Check this recipe out, I know Logan gave it a ‘thumbs up’. Let the apple cool just enough to peel the wedges covered in peanut butter and eat them or scoop out the apple and eat it with a spoon while it’s hot.

Cocoa Powder:  You can also substitute the cocoa powder and honey with 1 tablespoon of mini dark chocolate morsels.

Cutting the Apple: I often lay two wooden spoons on either side of the apple so that when I push the apple slicer/corer down, it stops before going all of the way to the cutting board. [googleplusauthor]

6 Comments on “Baked Apples with Peanut Butter, Honey & a hint of Chocolate are Yummy”