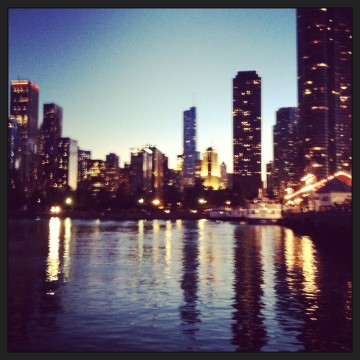 This past week was C-R-A-Z-Y!  My blog is titled ‘juggling food, family & chaos’ which truly is the reality of my life.  However, I often don’t chat about the chaos on a regular basis & yet I should.  You truly can’t make up the stuff that sometimes happens over here and let me promise you (my close friends will vouch for me), there is never a dull moment.  I wish that just before I left for Chicago was filled with some of the funnier stuff that often happens, but instead it was total chaos heaped on top of the regular chaos.  You know how it is?  Regular chaos = grocery shopping, making sure the laundry is done before you leave, finishing up work, covering kid schedules, so and and so forth….

The total chaos = My mother-in-law landing in the hospital & then my brother.  It definitely wasn’t the normal stuff & although I can’t go into all of the details it all felt on the scary side of the fence.  My brother actually ended up with an infection developing around his heart.  When I called him he answered with his usual ‘Joe’s Pizza’.  Not certain where this answering phrase came from, but my kids have always found it funny (me, I sometimes find it annoying), but it has become his M.O. and we(I) have grown to expect it & still love him no matter what :).  This time I played along; My answer?  I’d like to order a healthy brother please.

Long story short, he has been diagnosed with Lyme Disease & is under treatment, but thankfully it is treatable.  My mother-in-law is out of the hospital and is currently recovering.  And, then, 72 hours later, just when I thought we were settling back into normal chaos, which was less than 24 hours before my flight my sitter became ill, which lead to a stressful scurry of re-scheduling everything!  THANK YOU MOM FOR BAILING me out…

I was beginning to wonder if I was actually meant to go on this trip at all, but my friend insisted that good things happen during the most chaotic moments.  I was questioning her ‘guru’ encouragement as I complained through the chaos.  The morning of my flight I set my alarm for 4 AM after finally settling in at midnight; I had a 6:25 AM flight and planned to arrive at our fairly small airport at 5:30 AM.  I was on time, only to be greeted with an EXTREMELY long line at check-in.  After a 15 minute line standstill I saw someone who worked for the airline & asked what was going on.  After a short conversation I was told I should have arrived at 4:30AM ?!?!  Let me interject that I have previously had no problems arriving an hour ahead on many occasions and was annoyed that it was really the computers in the end, not my arrival time.  But, I had no choice at that moment….

The husband of the family of 5 in front of me wanted to offer to let me go ahead, but the wife wasn’t having any part of that = AWKWARD!  Of course, with my luck, both myself and that family would get called up to the same airline counter with the two screens on either side.  I was starting to stress so I felt like it was a draw in an old western gun fight, who could push the button on the screen first.  THANKFULLY I won the draw, by this time I knew they had a later flight.  After my luggage was scorned with the yellow tag of shame that read ‘late’ I was scolded yet again when I asked if my luggage was going to make it on.  I held my tongue, but was thinking I was late because I was stuck in your line because your computers were not behaving.  But, I wanted my luggage to make it so I just nodded, took the yellow tags of shame & RAN through the airport to be met with yet another backed up line at security.  Since the computers weren’t behaving downstairs, it had backed up the upstairs process.  I had no choice, as I heard a boarding call for my flight, but to take a deep breath and begin tapping people on the shoulder, explain that my flight was boarding and ask to move forward.  Most everyone was very understanding and then I met this girl who said, I’m a pacifist and don’t believe in budging.  I told her I don’t like to budge, but under the circumstances I had no choice and had paid it forward on many occasions.  Some how we found out that we were on the same flight in those brief few moments & I started forward.  Three people later I looked back & found the pacifist had teamed up with me. Her comment when I looked back?  I’m following you.  We both got through security and ran for the gate.  Apparently I had fully transformed the pacifist in a matter of our 10 minute by chance meeting because when we got to the gate I was hanging back.  I no longer cared when I was getting on the plane, just felt the sense of relief that I was going to make the plane.  The pacifist on the other hand was now budging in front of others to get on the plane all on her own and I couldn’t help but to find the entire situation amusing.  There were at least four of us stuck in the lines, so maybe an earlier arrival would have been better.  It was without doubt a rocky start to my conference, but in the end?  My friend was right.  She is a ‘guru’ of encouragement & I had a fabulous time with amazing experiences.  Here is a peek at some of my views & I can’t wait to see what unfolds from all of the meetings I had while there… 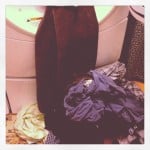 My son decided to take what he needed from the laundry and left the rest = my use of his first, middle & last name…UGH! 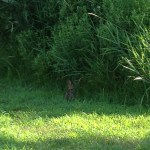 We have a bunny family of at least 5 in our yard. I finally got a snapshot of one! 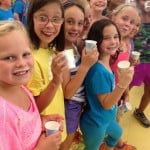 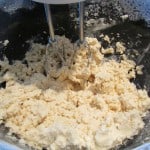 Before I went to the conference my youngest wanted to make cookies so we stole a few moments to make sugar cookies and she was delighted :)! 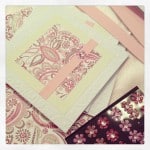 We are hosting a bridal shower for my intern & sitter in August. The invites are finally done & sent = relief! 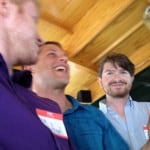 Flatout Bread treated us to a trolley ride through the Chicago while being entertained by Improv performers form Second City. 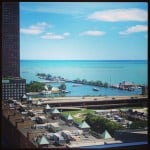 The Chicago view from our hotel room. 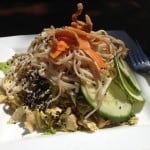 Lunch at my favorite market in Chicago, Fox & Obel = HUGE, but delicious. Could only eat half! 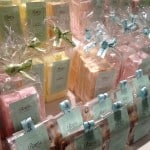 A walk through Fox & Obel is always worth the eye candy, they are filled with lovely displays. 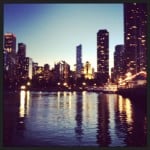 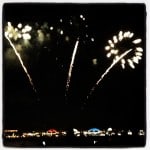 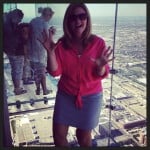 I conquered my fears at the SkyDeck Chicago! 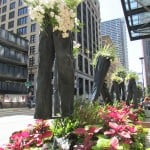 You never know what you might find! Check out this display… 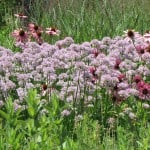 We stumbled upon this amazing garden right outside Millennium Park – you suddenly did not feel like you were in Chicago. 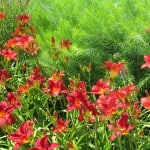 More flower finds at the gardens… 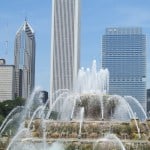 Chicago isn’t complete without a stop at Buckingham Fountain in Grant Park, an ahhh moment… 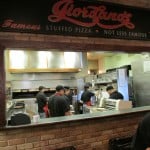 My friend Karon was determined to eat a slice of true Chicago Styled Pizza! 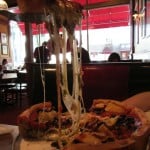 And a slice we had… It took 40 minutes to cook & one slice is a filler! 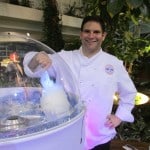 Look for Seth, the owner of Spin-Spun in the upcoming issue of Martha Stewart Weddings! He shared his delicacies at the Yappem Awesome Event. 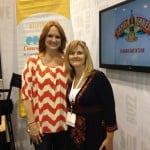 I had the opportunity to meet Ree Drummond; she is as lovely in person as she is on TV! 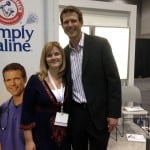 My friend Karon had an interview with Travis Stork. I tagged along & got a photo opp 🙂 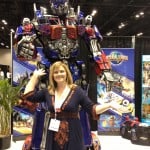 But of all of the meet & greets, this is the one that my kids liked most! 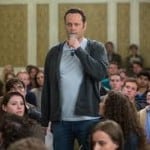 We went to the premier of The Delivery Man with Vince Vaughn = funny! 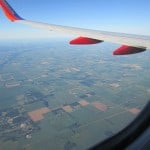 Love the patchwork of America?