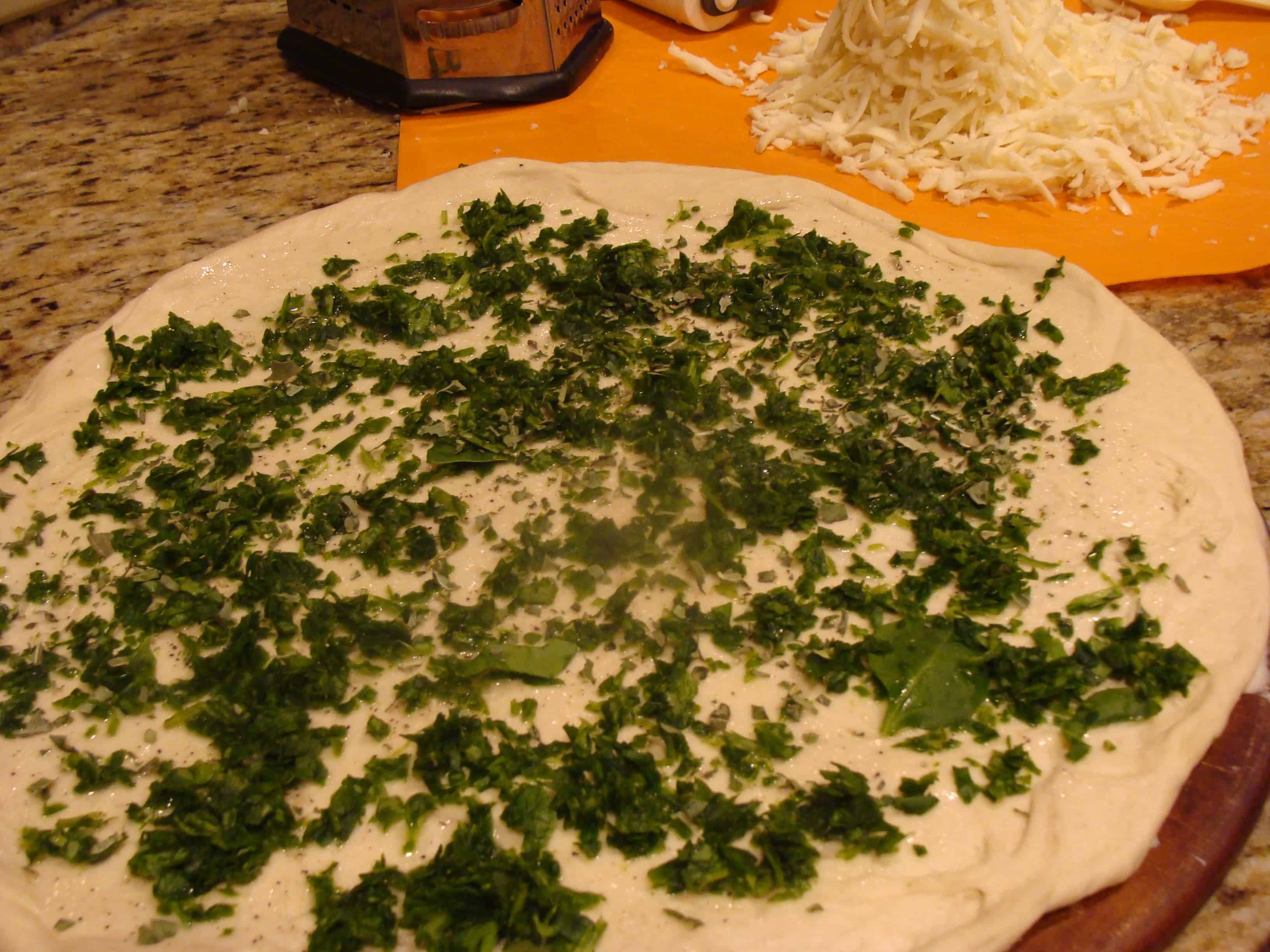 Pizza is one of our favorite things to eat.  And, like many families we typically have one night a week that is considered ‘Pizza Night’!  Pizza is always FUN, whether ordered or made.  One of the favorite things I like about making the pizza is it’s a great dinner to serve up with hidden vegetables.  One of the pizza’s we’ve grown to love is made with spinach and there aren’t any leftovers to be had when we are finished.  I know, I know…you might be saying, ‘My kid(s) won’t eat spinach in pizza!’ However, you just never know.  We recently had a 9 year old guest to the house who loved this pizza.  Her mother was amazed and asked for the recipe, because she will not eat spinach at home.  Of course, it also helps when someone else introduced certain veggies at various times, but at least now she’ll eat this at home.

Yes, I squeeze veggies in whenever and wherever I can. 1 cup spinach (I use the fresh baby leaf spinach)

1 small clove garlic (or half a large clove)

Place the olive oil into a glass bowl.  Add the garlic in a crushed state (I personally use a garlic press).  Also add the onion salt and pepper to the olive oil as well.  Stir all of the ingredients together and set the oil aside.

Shred the cheese.  Set it aside.

Finely chop the spinach. I typically chop mine in a mini chopper.  I also measure the spinach by packing the cup quite full vs. an airy measure of the spinach leaves.

Roll the dough out on to an oiled, round pizza stone.  Baste the crust with the oil.  Evenly add the spinach to the crust.  Top it with the cheese.  Bake at 375 degrees for 20 – 25 minutes (until the crust is golden brown and the cheese is fully melted). 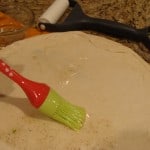 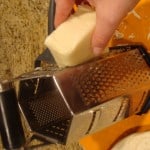 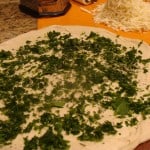 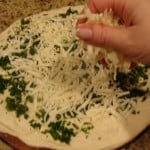 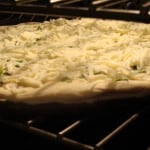 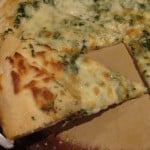 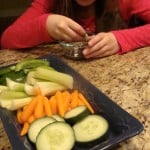